Category: Freediving Fins SKU: In Store Pick Up Only 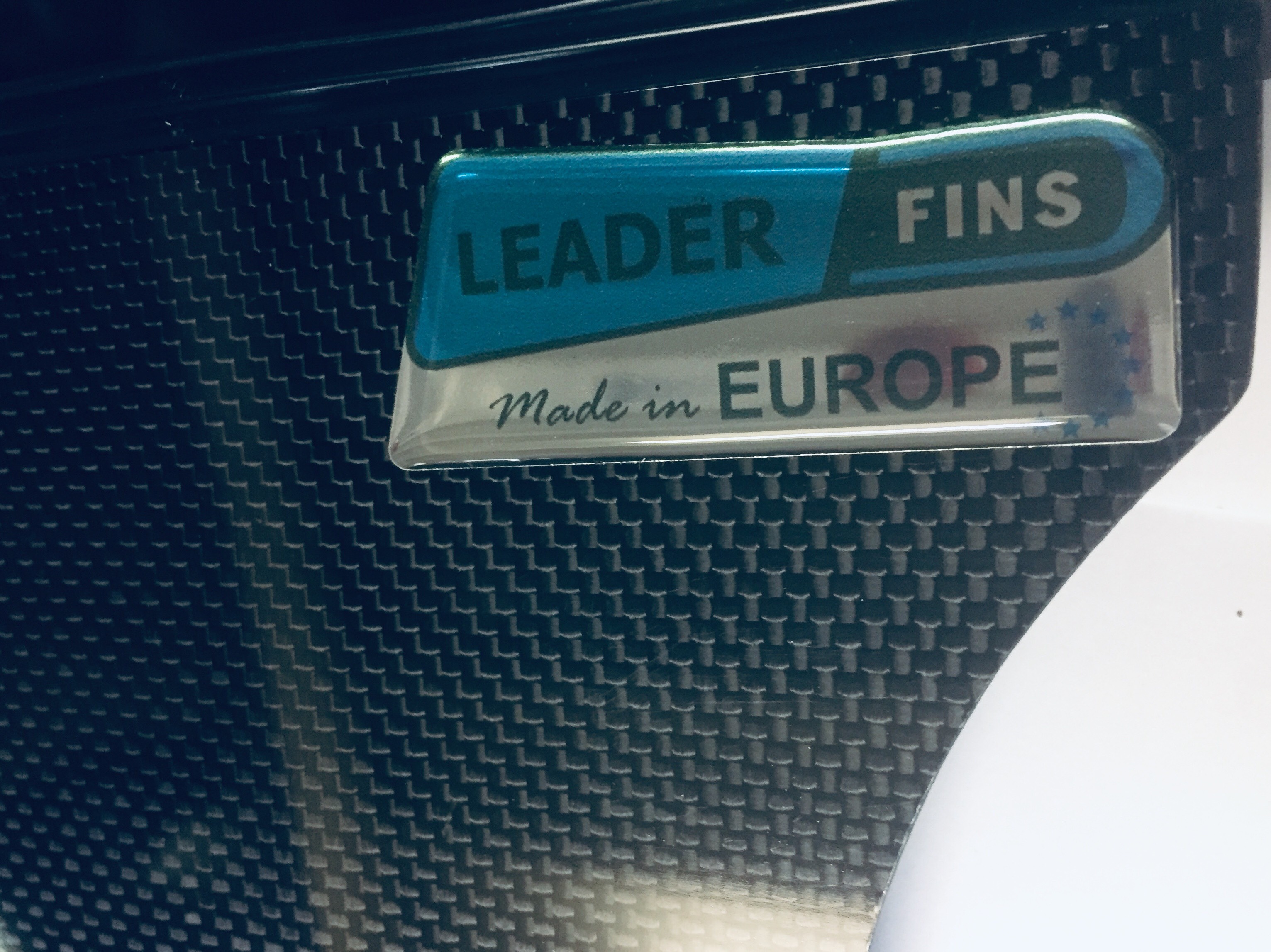 We think the Pure Carbon Leaderfins are the best value carbon fins in Australia. Errr, ehhmmm. Cough. Cough. Bear with me … I can say that because there was a time when no company at all had any interest in providing fins for females in petite sizes – if you didn’t fit into men’s products then too bad for you – find another sport or fork out for custom. (I did end up paying for customs and I love my customs but I’m not going to sacrifice them to the inevitable damages and breaks that come with teaching groups of students. I needed another pair of fins). The approach to female freedivers and gear was pretty much across the board for all gear – nothing really catered to women. I remember the first time I had put money aside to run up a big spend in a store for gear – relative to other customers floating around the store that morning picking up nic-nacks, I was ready to spend. However, every single store person walked straight past me. I had no idea why. So, I approached a store person and told them exactly what I needed. Instead I was responded to with: ‘Females don’t buy gear and if I order it in for you, it’ll sit on the shelves and won’t move’. I should’ve been walking out with gear – I should’ve walked out broke with even a tad dose of buyer’s remorse from emptying my bank account. I left empty handed and disappointed. To this day, I still can’t get a fin pocket in any store off the shelves that’s in my size. I am a fit, healthy and petite female who freedives. I’m not alone – we’re out there and in numbers – so where are our fins? Other brands endorsers/freedivers/spearos can critique LF’s pure carbons all they like, but they still can’t give me answer to the problem of having absolutely no fin availability for smaller fin sizes that doesn’t require the expense of going custom or padding my foot pocket out.

LF noticed a market and produced a range of, for want of a better word, what they thought female recreational freedivers wanted – out came the art work and kitche designs. This was not at all what I was after. All power to them for capturing ‘A’ market. It’s worked for them on that front but, perhaps, failing them while trying to be taken more seriously when creating a good value ‘performance fin’. (I say ‘performance’ – not ‘competition’ – LF do not produce a competition fin. On that note, the Peruvian NR for bifins was made by one of our Club members on our comp this year using only plastics. How far did he go? 157m. Not bad at all for his first competition. Would go further with a more efficient fin?).

I was desperate for a foot pocket that fit with a blade that was soft  , performed better than plastics, didn’t feel like I was driving a bus or fins that destroyed me spiritually and financially if it they were damaged while teaching (it happens). These were it. Custom made fins are brilliant but I need a fin that doesn’t make me nervous when teaching. People may argue that ‘you get what you pay for’. To an extent, they are right… but they are also wrong. LFs in the pure carbon still perform better than plastics, are pretty comfortable. I also have fins in carbon that are of a very well known brand that perform terribly for me and were far more costly than LFs in pure carbon so the argument you get what you pay for doesn’t really stick here. Plus, like most things in freediving there is a subjective element to fins. What satisfies one person doesn’t work for another.

If you are considering upgrading from plastic to carbon fins, or simply want to take advantage of the benefits of carbon, then these fins deserve serious consideration for price (serious consideration is not usually something freedivers have done previously when considering Leaderfins, due to the ‘gimmick-y’ products they run – usually producing fins more geared to a fin that ‘entertains’ you rather than performs (they like their pictures and artwork). With the LF pure carbon, LF seems to be making an active move to produce a fin that performs. Carbon fins are lighter and more efficient than either plastic or fibreglass fins. In general, you will get more propulsion with less effort with carbon fins. We strongly encourage all potential buyers of this fin to go with soft stiffness rather than the medium and certainly the hard stiffness.  The trend in freediving is a softer blade.  LFs are not the softest blade or the softest foot pocket – and what works for one person may not work for another person. If you want guarantees and are happy to pay the price difference then I recommend that you go straight to custom. Unfortunately there are no universal standards of what is a soft blade or a medium blade and stiffness varies between manufacturers. As a result we stock all sizes of the soft stiffness of the Pure Carbon Leaderfins in our store. We prefer the soft blades – across the board, even for larger sizes (larger than 45/46) because the longer rails are maintained (which stiffens the blade until the length of the rail finishes and allows the soft blade to perform as such). Freediving is about efficiency so a soft blade even for the larger, stronger person works generally works well – remember – you want a fin that works for you rather than a fin that YOU work for. Some freedivers with a spearo background may prefer a medium. But we suspect this is more to do with the psychology of breath holding rather – some just prefer to muscle through a dive. Talk to a spearo – if that’s what you want them for but when you get your answer ask them: ‘Have you honestly tried a soft blade? Then ask them, have they honestly tried the LF in the pure carbon before they reply.

For the more petite female, you can contact us to get a shorter blade than the 80cm, however, we would only recommend this length on a custom brand, such as Continuum Fins. The LF will be too stiff for shortening. Again, consider going custom for an ultimate performance and competition fin. Continuum Fins are the best made fin available in Australia but they are custom. The 80cm standard blade for Leaderfins will be perfectly suitable for your training needs and provide the curve force and propulsion you need even with a shorter kicking amplitude. Also, we do not recommend a longer blade than this. Longer blades may look nice on an Instagram account but they are not a performance fin. They will not and cannot provide the performance or propulsion you need.

In a nutshell, cudos to Leaderfins for moving into another market and I wish the company the best as it tries to move forward. It will be hard for them as it’s hard to exist in both camps: does LFs as a company value performance above all, or not. Can they exist in both camps? I suspect, it may be hard for them to build a reputation for both and once a reputation is established it’s hard to change it. But they have means of production just need an audience in the southern hemisphere. Estonians also aren’t silly people – and neither are the Scandinavian’s who are the major importers of Estonian products. Customer service is improving as well. Any customer service issues I’ve had were due to being ‘lost in translation’ because of language differences and were sorted. I now, however, speak fluent Estonian (kidding, I don’t).  To date, no company has provided an answer to my need or question regarding small sizes for petite women – except LFs. I am keen to look after our freedivers. There are pros and cons with running with a LFs but there’s not really too much room to critique a company that is actually providing for the smaller foot. Freediving Gold Coast is and remains an inclusive business and we wish to provide gear which caters to all shapes, sizes and genders.