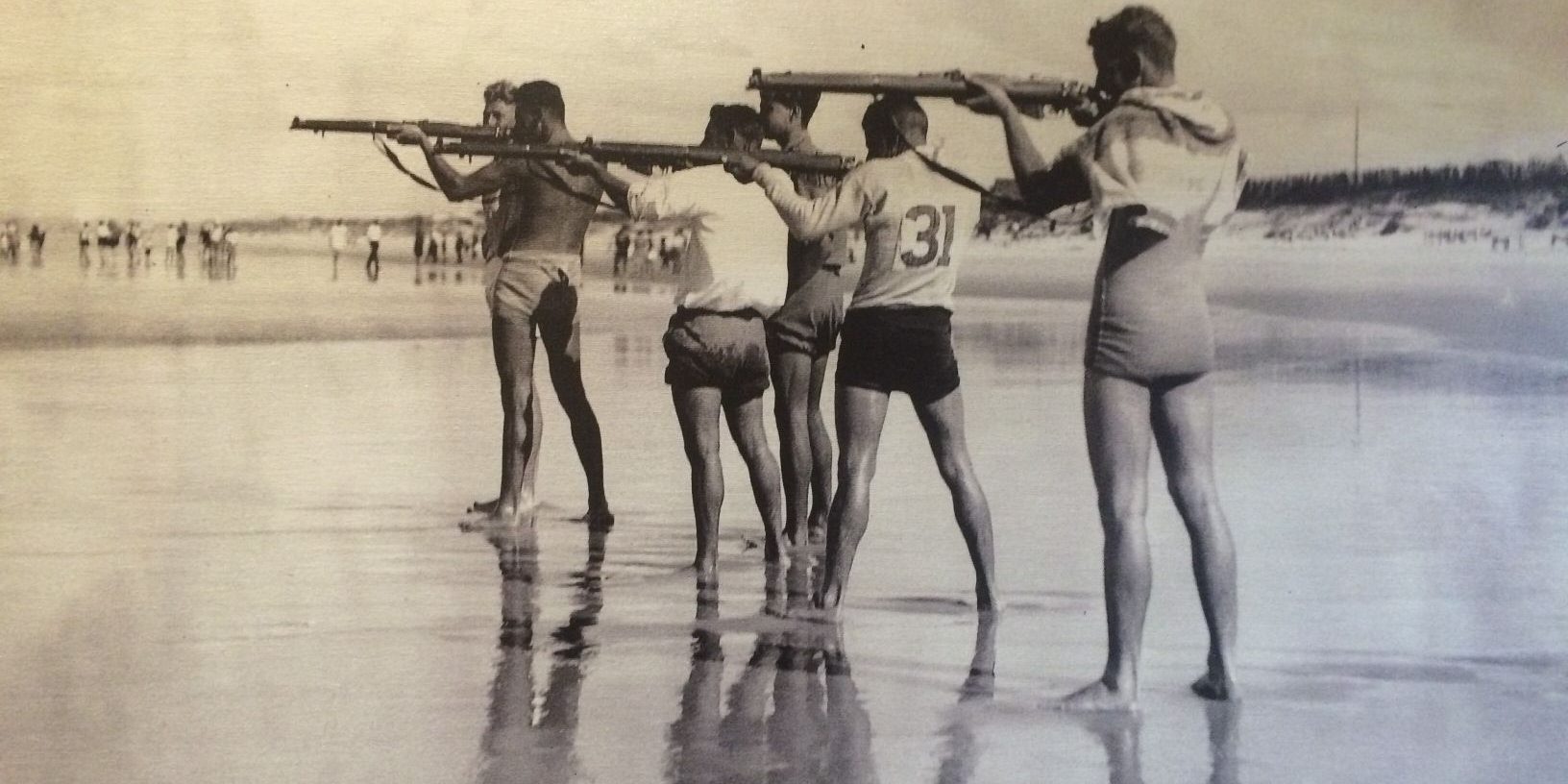 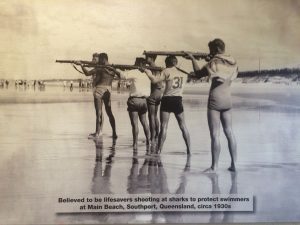 I took a photo of this interesting old picture from the wall of the Main Beach Pavilion, opposite Southport SLSC. As a shark deterrent method, it’s a bit questionable (to say the least) especially when you consider the following facts:

On average each year in Australia:

1. More than 45,000 Australians die from heart disease (National Heart Foundation). It is the single leading cause of death in Australia.
2. More than 1200 people die in motor vehicle accidents (Australian Government).
3. 280 people drown (Royal Lifesaving Association).
4. 13 people die from rock fishing (ABC , 29/5/2015).
5. Slightly more than one person dies from bee stings (Australian Geographic).
6. 0.9 people die from shark attacks (The Australian Shark Attack File).
And no one has died from a shark attack on a Gold Coast Beach since 23/11/1958. It seems you are far more likely to die driving to the beach, having a heart attack, drown or even being killed by a bee than dying from a shark attack.